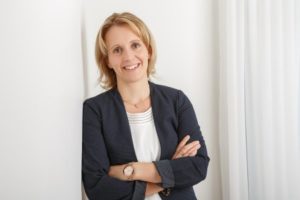 Justine Gilliland been appointed a Trustee of the Agricultural and Marketing Research and Development Trust (AGMARDT) following the recent retirement of Barry Brook.

Mrs Gilliland has been an associate board member with AGMARDT since May and from March 2019 is CEO for Venture Taranaki. She has previously worked in leadership roles with the Ministry of Primary Industries, the Canterbury Earthquakes Royal Commission, and establishing the one billion trees programme with Te Uru Rakau (Forestry New Zealand).

Gilliland says she is looking forward to her new role.

As an associate and in my previous work I have seen the difference AGMARDT can make to progressive businesses and leaders in our sector. I’m excited about playing a greater role in helping to shape a sustainable and prosperous future for New Zealand agribusiness.

Trust Chairman, Tony Egan says with her background in strategy, law, policy and communications Mrs Gilliland will make a valuable contribution. He also thanked Mr Brook for his exemplary efforts as Trustee for the past eight years.

Barry has been with the Trust since 2010, which included two years as Chair from 2014 to 2016, says Mr Egan. During his tenure AGMARDT has gone from investing about two million a year to around $5 million, and the quality of the applicant and grants have also increased.

He played a significant role in helping to establish the MPI/AGMARDT Emerging Primary Industry Leadership Scholarship and our in-market grants. His contribution will be missed.

Mr Brook says it has been a privilege to serve on the Board, We’re consistently presented with innovative solutions and it’s rewarding to help bring them to life.

For example, we recently helped to back an anti-pollution face mask, developed by wool-technology company Lanaco. It’s a clever idea which uses the breathable properties of wool to combat a growing health issue and tap into a multi-billion industry.

Innovations like this are a win for our farmers, agribusiness and New Zealand’s economy too. I have loved being a part of it, he says.