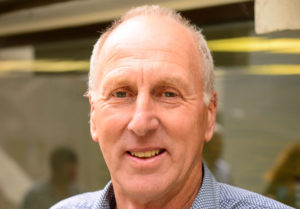 A former CEO for the Foundation for Arable Research (FAR), Nick has also worked as a scientist for various Agricultural organisations and held a number of governance and advisory positions across agricultural businesses, farms, industry good and sport organisations.

He says he is thrilled with his appointment and looks forward to being part of an organisation that delivers so much value to New Zealand Agribusiness.

Miriana Stephens has held various governance roles, including 11 years as Director on the board of Wakatū Incorporation – a Nelson based business with around 4,000 shareholders and a $300 million asset base.

She holds a Law Degree, majoring in Commercial Law as well as a Bachelor of Arts in New Zealand History.

Miriana is ready to hit the ground running as part of the AGMARDT team, saying with the many incredible things already happening in the sector the future is really bright.

“The limelight is well and truly on Agriculture these days, so it’s vital the industry continues to move forward and innovate. The key, and where I believe we come in, is in ensuring we support and equip our emerging leaders and innovation ideas so they can reach their potential and futureproof NZ Agribusiness for tomorrow’s world.”

Newly appointed Chair, Richard Green, is delighted with the new appointments, saying their combined skills and experience will bring a lot to the table.

He also acknowledged the contributions of retiring Chair, Tony Egan, and retiring Trustee, Sarah von Dadelszen had made to the Trust and thanked them for their six years of outstanding service.

The full team of Trustees is now Richard Green, Justine Gilliland, Nick Pyke and Miriana Stephens. Over the past 32 years AGMARDT has given out grants in excess of $90 million to over 1,600 applicants.