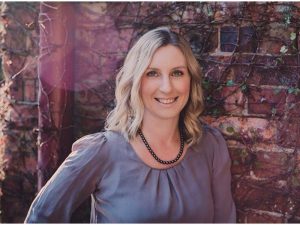 Specialising in innovation and consumer insights, Marsh began her career in Toronto before moving to London in 2006, where she worked with blue chip clients across fast-moving consumer packaged goods (FMCG), healthcare and technology.

She moved to New Zealand at the end of 2010, working for Fonterra and Nestlé prior to joining B+LNZ as global market innovation manager in 2017.

“AGMARDT has a unique place in the food and fibre innovation ecosystem,” Lee-Ann, who starts the Auckland-based role on August 23, said.

“It enables innovative individuals and groups to access funding to support the development of early transformative ideas. We want to encourage those who may not view themselves as innovators or leaders to step forward and give things a go.

“AGMARDT is also a fantastic connector, and as someone who loves to see the big picture and connect the dots, I’m looking forward to stepping into a role that will enable me to do that in new ways.

“AGMARDT not only has a positive impact on individuals and the food and fibre sectors, but also the prosperity of Aotearoa and the globe. This is really exciting and I’m privileged to now be a part of that.

“While I know I have some pretty big gumboots to fill, the strong platform that Malcolm and the trustees past and present have created for AGMARDT over the past eight years has given me a strong foundation to build on. AGMARDT has always been an innovative and agile organisation and I aim to carry on this legacy.”

Marsh says she is looking forward to connecting with NZ agribusinesses and research organisations, and learning more about the unique challenges and opportunities, including those for aquaculture and horticulture.

“I’m also keen to expand AGMARDT’s networks to other groups, such as Māori agribusiness, and those outside the traditional agri sector who are passionate about people and the planet and looking for ways to solve some of the big problems we face today in terms of climate, health and nutrition. I believe in every challenge there is an opportunity,” she said.

She is also interested in bringing her consumer lens to her new role.

“After years of working in consumer insights, it’s now second nature for me to ask what consumer segment needs or problems can we solve for. I’m looking forward to sharing my knowledge and insights with the food and fibre sectors to support stronger consumer-centricity and connection to key markets,” she said.

Meanwhile, Nick Pyke will be taking over as chair of AGMARDT from September, replacing Richard Green.

“Lee-Ann leaves with our best wishes. She can take a lot of credit for the progress B+LNZ has made in the market development space over the past few years,” he said.